About Me and FAQ

My name is Marcus Lauer and HereForTheBands.com is a solo project.

I was born in Detroit, grew up in LA, and lived in several places including The Netherlands, Canada, and Berkeley, CA. During my time as a photographer I have lived in New York City, Washington DC, and Philadelphia. So yeah, I get around.

While I have been going to concerts regularly for decades, photography is a more recent interest. I bought a point-and-shoot camera around 2002 just because I thought I should own one. While living in New York (circa 2007) I started taking photos at an animal shelter which sparked my interest in photography as a hobby. Since I was going to lots of concerts I started photographing shows too. In 2009 I decided I was serious enough about photography as a hobby to buy a DSLR, and not long after that I started publishing my concert photos on this website.

Aside from the concert photography I do some street photography, some nature photography, just whatever I'm in the mood for. I'm not too serious about any of that non-concert stuff and will not post it here.

You can reach me at hereforthebands@gmail.com.

Beyond the basic logging which all web servers do we do not collect any information on viewers of this website. The web server will record the IP address which connected to this site, the page requested, the time at which it was requested, and the user-agent string (e.g. which web browser you are using). That's it. I guess we're an old-fashioned website.

Can I use your photos on my website
(or Facebook or on a poster or t-shirt or whatever)?

First, if you are actually in a band which I photographed then you can use my photos of your band for promotional purposes with no restrictions. That includes using them for commercial purposes. I would appreciate being credited for my work but this is not mandatory. Thanks for not complaining or kicking me out when I took photos of your band. :)

For everyone else, these photos are released under the Creative Commons BY-NC 2.0 license. Basically, feel free to post them on the web or use them for noncommercial purposes as long as you give me credit in some way. If you create a derivative work there are no license restrictions on that except that it must be non-commercial.

If you want to use these photos for a commercial product then please contact me.

Are you shooting for someone
(like a magazine or well-known blog)?

I have shot for music blogs before, most recently Impose. In the past I have shot for BrooklynVegan, Vulture (New York Magazine), and any number of smaller blogs. However most of the time I'm doing it for fun or practice so "it depends".

Why isn't my event on the calendar?

The short answer is that I either missed it or skipped it.

What kind of camera and lens and flash do you use?

The answer to this question has changed so many times over the years, so prepare for an avalanche of numbers...

As of the start of 2019 I am using a Sony α7 III with a Metabones adapter so that I can still use those Canon lenses.

Hey, you wrote something bad or mean
or just plain confusing about our band! What gives?

Please remember that I am not a marketer. I am not specifically trying to pitch these bands to anyone, nor do I make any money off this or work as a professional photographer at all. In the end this is just the opinion of one blogger who was at the show.

Now, obviously I would prefer to spend my time writing good things about bands I like. I also prefer being funny to being serious in my writing. It's not like I'm some music expert, I'm more of a dedicated enthusiast. However in the end this site is very much about the photography. If the photos are good I'm going to post them even if I didn't like the band, in which case I might say something about that.

The main reason why I went the photoblog route is that I wanted a programming project to work on. This website does not use WordPress or any existing frameworks. It uses a simple Content Management System (CMS) which I created by hand in PHP. It gets the job done, looks decent on a computer or a cell phone (and on my resume) and gives me something to mess around with whenever I'm in the mood to do some coding.

Why is your hair plastered to the side of your head like that?

To keep it out of my eyes when I shoot. Duh! 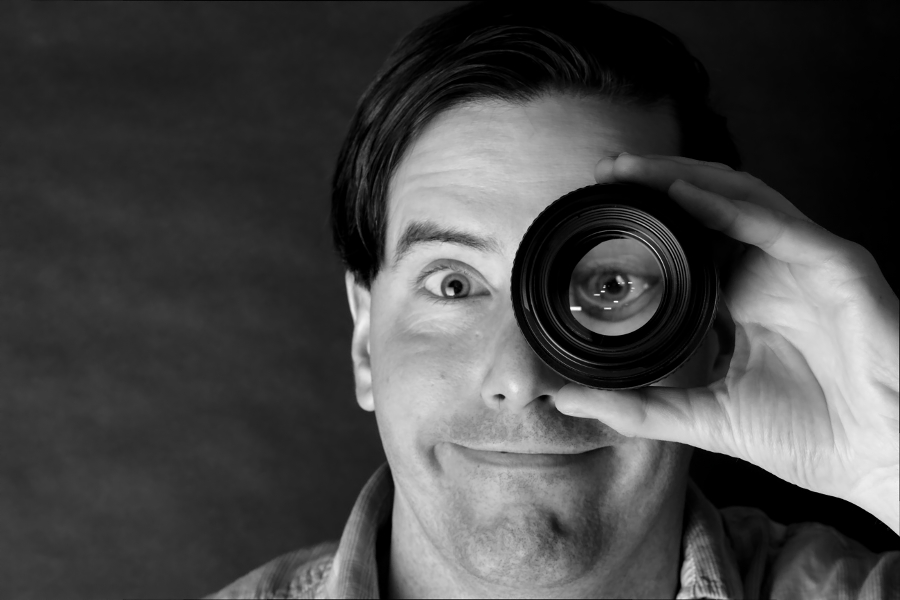