Everything tagged with "French Films" 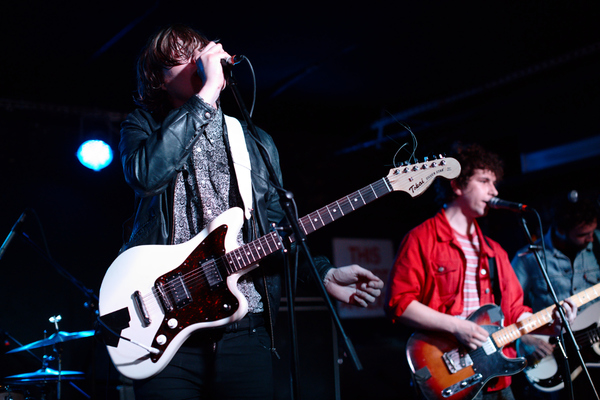 Now this is the kind of pop band I like. Contrary to what their name might suggest, French Films play songs which are not overlong and pretentious (though they certainly are smokin'). It is as though they edited out the unnecessary solos and repetitions and instead played just the catchy core of the songs which most bands would have played. Everything is either buildup or release so the energy level stays high. That's the right way to do it.

I admit that I only caught the second half of their set but that second half was a blast! These guys aren't afraid to have a little fun on stage, or out there with the audience for that matter. Nice.