Everything tagged with "The Studio at Webster Hall" 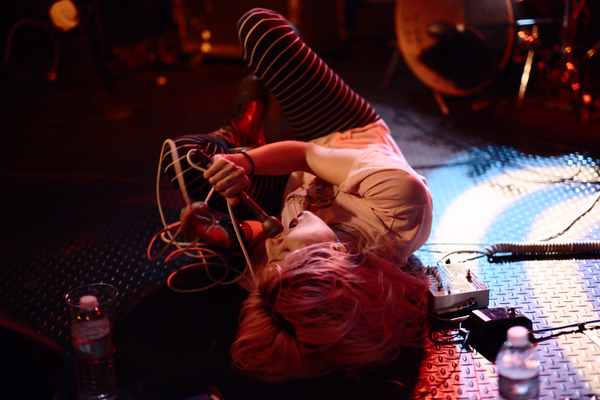 Hunters at The Studio at Webster Hall

Hunters are one of those rare polished punk bands. They are not the least bit sloppy but their music is still aggressive, their lyrics even a bit viscious. The gutteral rumblings of the instruments contrast nicely with the higher-pitched lead singing. The contrast gives their songs a quiet-loud quality without actually varying the volume all that much. It stays nice and loud.

The last time I photographed this band they were playing at Death by Audio. I know they've played plenty of loft shows too. This band illustrates how to break out of the Brooklyn punk haus circuit and take a shot at the big time. Not everyone wants that but if you do this is how it's done: be good musicians, have an interesting sound, and don't water it down. 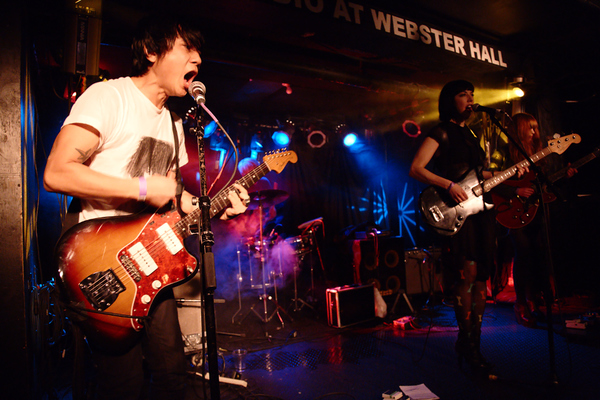 Xray Eyeballs at The Studio at Webster Hall

The lineup of Xray Eyeballs seems to change pretty frequently. Since the last time I photographed them they've had at least three other drummers. That's three drummers in 20 months, or 0.15 dummers per month, which is SI units is 1.5x10-1 Spinal Taps (ST).

Currently the band includes a keyboardist (Liz of Runaway Suns among other bands) who also plays guitar, and a drummer who plays while standing (Tom of Food Stamps). Whatever the lineup their sound has remained the same: fast and sloppy with lots of hooks. They used to toss in a few slower, moodier songs but not this time. That's probably a good choice. Their faster, bouncier songs always did work best. 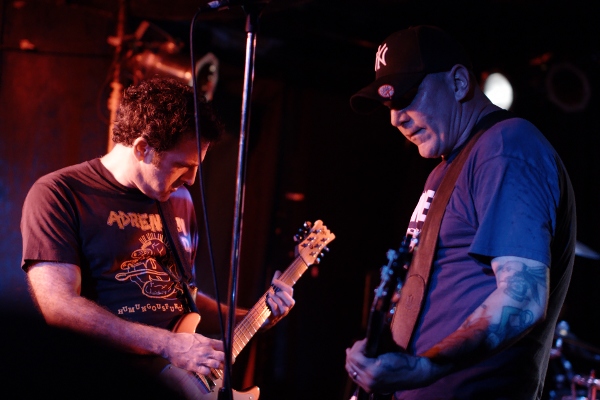 CJ Ramone at The Studio at Webster Hall

How much needs to be said here? CJ is, in his own words, "keeping the spirit of the band alive" by performing an all-Ramones set (okay, except for one new tribute song). Whatever you think about that they sure sound good and the audience loved 'em. 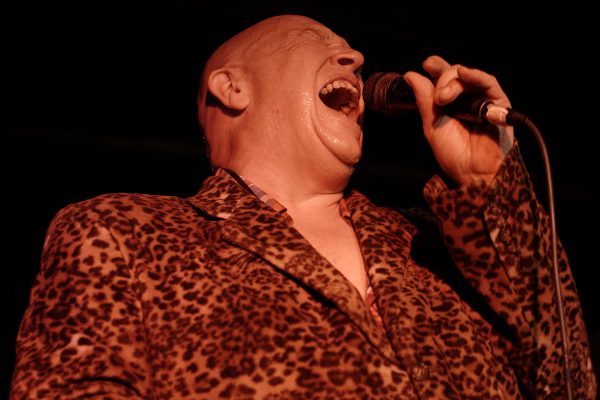 Bad Manners at The Studio at Webster Hall

There is a certain anxiety one feels when waiting for a band as, shall we say, "classic" as Bad Manners to come on stage. Are the few remaining original members just trying to cash in on nostalgia or name recognition? Are they just going to sleepwalk through the show? And how the hell is Buster still alive anyway? The answer to that last one may be that he gets a good workout every night putting on these shows. He's wilder than the kids playing the brass! 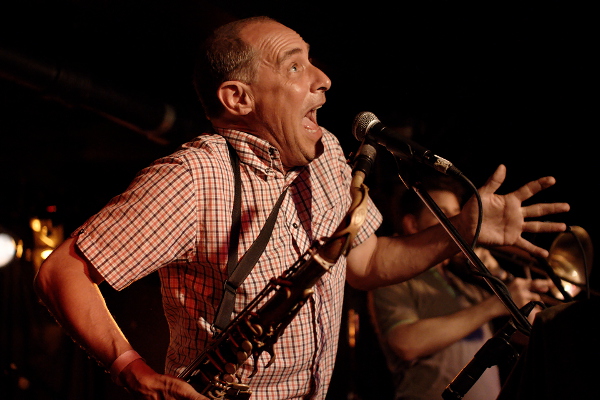 The Scofflaws at The Studio at Webster Hall

The last time I saw The Scofflaws was 1997 so I was not surprised to find that some things had changed. And by "things" I mean "band members". But they were always known as a live band and fortunately that great live energy is still there. In particular lead singer Richard Brooks is still a dynamo.