Everything tagged with "Underclass Revue" 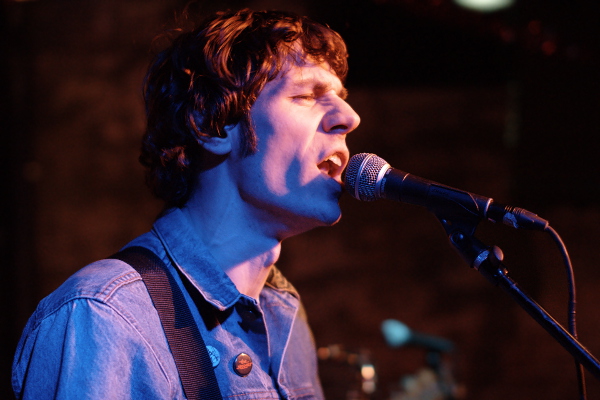 The Jigglers at Bowery Electric

The Jigglers billed themselves as the second-best band with a lefty guitarist and a sax player on the bill. Or at least that's what they said. I wouldn't believe everything they say. Most of it is awfully silly. And as for their songs, well, they are bouncy, catchy garage pop (and sometimes awfully silly). As for me, I was hoping for rock-n-roll jugglers and was terribly disappointed, but at least I avoided the jaguars. 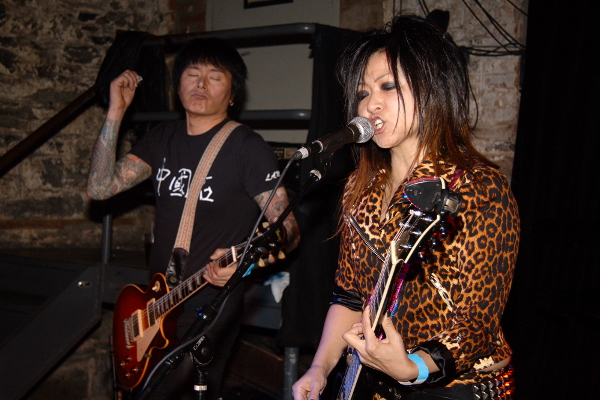 With regards to the "Rocks" part: yes, they did. Now, as for the "Tokyo" part, I'm not sure where these folks are from. As compared to The Back CCs (who are all Japanese) these folks are trying to look like a Japanese rock band. They might actually be locals, though. Couldn't tell ya'. They're not exactly easy to Google, you see. 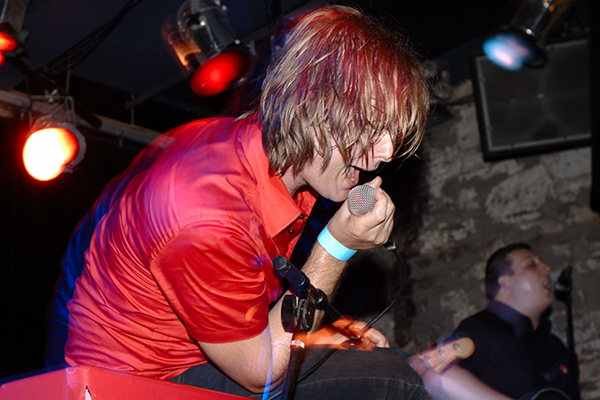 The Brimstones at Bowery Electric

Until this evening I had not realized that (lead singer) Deacon wears a "Clergy" button. Wouldn't church be more fun with these guys in charge? Or perhaps they only do funerals? That would be fitting.