Everything tagged with "The Lemon Twigs" 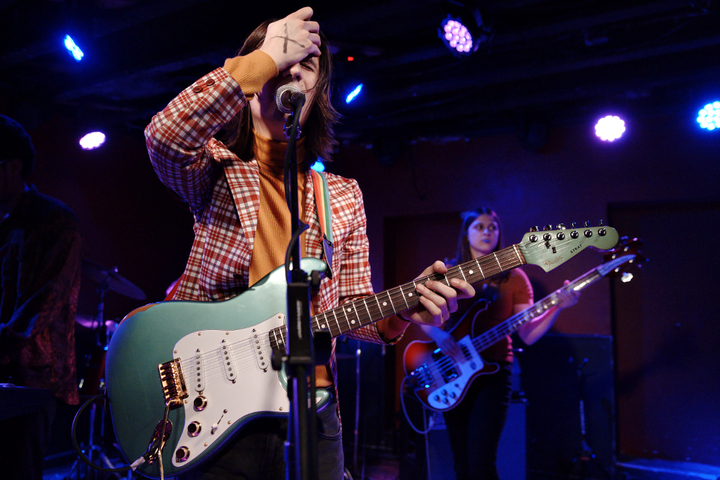 The Lemon Twigs at DC9

The Lemon Twigs. You might remember them from such shows as Sunflower Bean at the Rock and Roll Hotel recently. They didn't cover "Gasolina" this time.

I don't think I've ever seen a (current) band which quite so throughly embodied the 70s aesthetic. Songs which are melodic but don't stick to simple rhythmic structures. Energy but not insanity in their live performance. And those clothes! I really don't think they're just copying the look either. Their sound and really their whole character predates those simplified musical styles like corporate pop and (as much as I love it) punk rock. Musicianship is the key here. They'll toss in whatever flourishes are needed to give a song the desired impact. And may I add that this is particularly impressive given their relative youth. Notice those Xs on their hands. They may not be punk but for now they are straight edge.