Everything tagged with "Jacuzzi Boys" 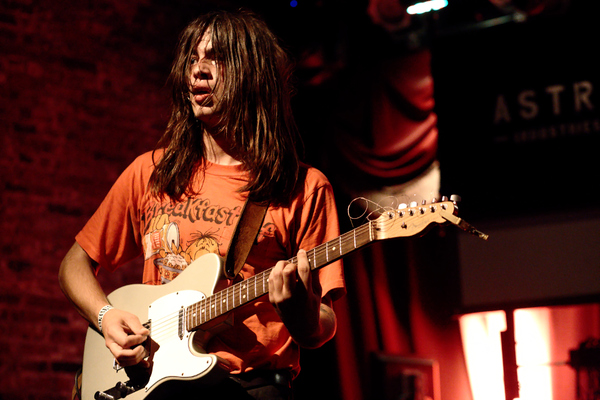 I'm not sure whether to call the Jacuzzi Boys' music a slightly cleaned up take on garage rock or a more furious take on indie pop. They do have a bit of that modern indie sound a la DIIV but wilder, less predictable. Either way I definitely see the appeal.

As for their stage presence, well, I get the feeling they're used to smaller stages. These guys just sort of do their thing, which in the case of singer/guitarist Gabriel Alcala involves whipping his hair around a lot. Catch them for the music, perhaps at a smaller, darker venue where the crowd won't be afraid to follow Mr. Alcala's lead. 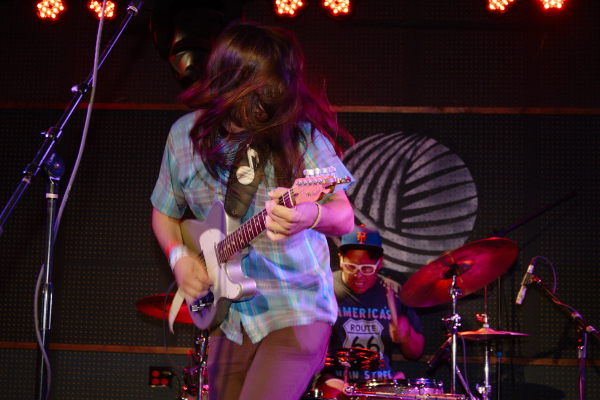 Jacuzzi Boys at The Knitting Factory

You knew a band named Jacuzzi Boys would be from somewhere sunny (Florida, as it happens). I wonder if they are ever asked what a "jacuzzi" is by their Brooklyn fans? Especially fans of their sort of garage pop. Not really a "jacuzzi" sort of audience if you know what I mean.