Everything tagged with "Man or Astro-Man?" 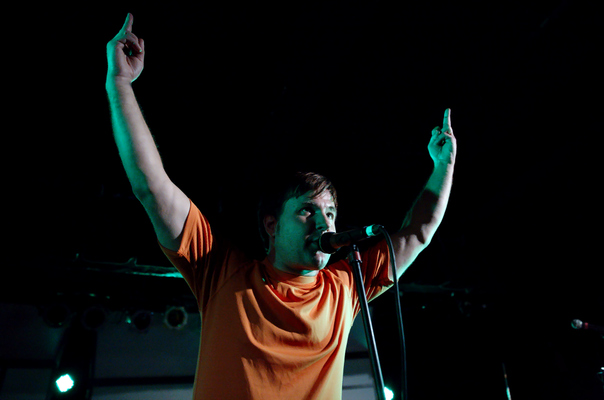 Man or Astro-Man? at Black Cat

No, Birdstuff isn't actually pissed off.  He's just having a little fun with the sound guy.

Man or Astro-Man are touring as a six-piece these days.  Perhaps they keep picking up passengers as they travel across the Universe?  You better be getting gas money from those people!  They were also joined on stage by members of The Pack A.D., specifically both members of that band, which means that the word "members" was redundant.  The Pack A.D. are from Canada so they're locals. 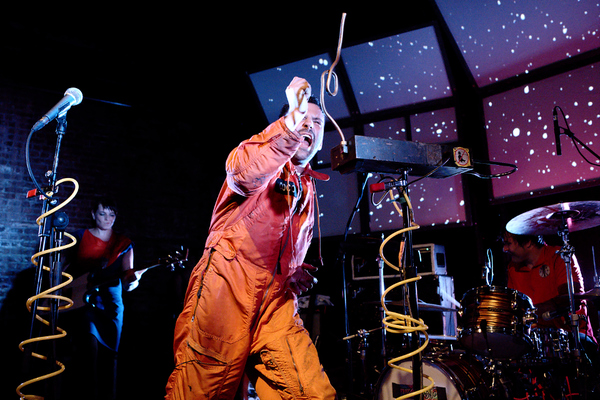 Is it just me or has surf-rock turned into performance art? Bands like Man or Astro-Man? and Daikaiju seem to put as much effort into their look and stage show as the music. Fortunately that's lots of effort. You can probably imagine what Man or Astro-Man? sound like. Their music is nothing new. They just do it in the most entertaining way possible. Check out the Moogatron vs. Theremin battle. Silly and awesome.