Everything tagged with "La Luz" 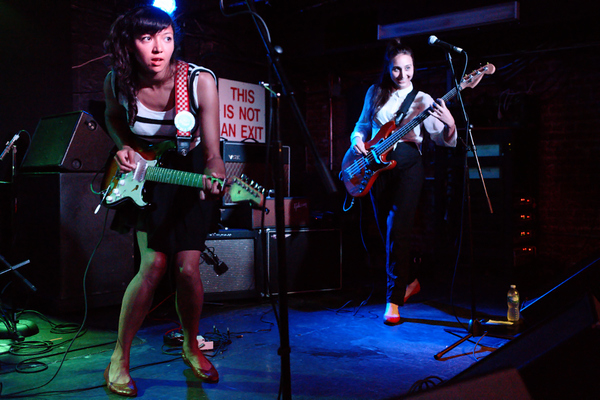 A surf rock band without a performance art angle? What is this world coming to? (Huff! Pout!)

La Luz are a Surf rock band from Seattle, but not really. Sure, their surf influences are right up front, with guitar chords drenched in reverb and tremolo which should be instantly familiar to anyone. In fact a few of their songs are instrumental tunes. Yet the vocals and lyrics come from a slightly different era, the era of the girl group. The four ladies of La Luz harmonize brilliantly on melancholy songs of longing and loss which could have come straight out of the 60s. That might make then sound like a drag, but not to worry. Plenty of their songs are peppier dance numbers with faster tempos and hints of Western and Doo Wop influences.

La Luz are not one of those the "how loud can we get" bands like certain modern girl group-influenced acts. They seem to be more interested in getting you to dance. When the New York audience didn't cooperate of their own accord (Shocking! Unprecedented! Not!) they actually got a Soul Train going. By God We Looked Like Fools (especially me) but we did dance...