Everything tagged with "Dope Body" 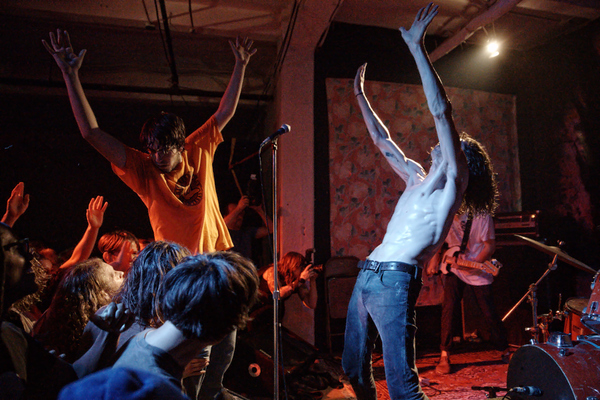 Supposedly this was Dope Body's last show ever (with a minor private-event asterisk) so it deserves some comment, and the comment it deserves is "Dammit!" I like lots of bands but only so many of them can get my 40-something butt in the pit anymore. As the photos prove, Dope Body was (dammit!) one of them.

I'm sure that there will be some sort of documentary video of the band. I know they have video because one of the video guys was in the pit with me and his eye was bleeding (though fortunately the cut was above his eyebrow).  What I really hope is that they do an investigative documentary about why this band never got more popular. Awesome songs and well-reviewed albums, a frontman who has tons of energy on stage, wild shows (at least in Baltimore) and they even had support from at least one media outlet (Impose). They should have been an underground band which blew up a la the Black Lips or Metz... but apparently they just never caught on outside of Baltimore. Dammit. 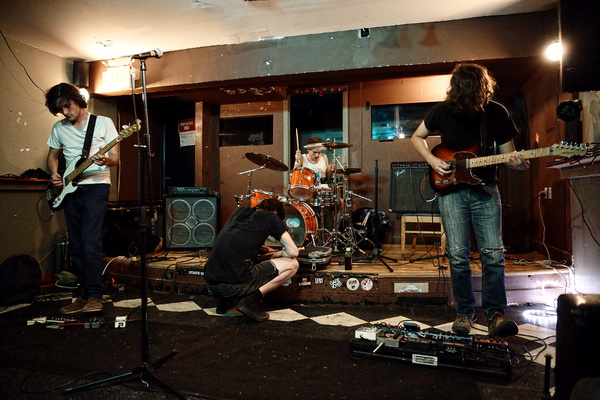 Dope Body at The Pinch

I've seen Dope Body play at larger venues in the past, but this time they headlined a show at a small venue which happens to be right near my apartment. Obviously I had to go check it out.

The show was in the basement of The Pinch, though it looks more like a garage to me.  Sure enough this show had many of the qualities of a garage show including random crap on the floor and mics which went in and out.  Despite these annoyances Dope Body put on a rather energetic and fun show just like last time at that big venue.

I have to say, though, that I really preferred the lighting at that big venue.  The Pinch is pretty bright for a basement.  That's better than the alternative.  The problem is that the lighting is so even it's actually a bit dull.  The colors aren't very impressive either.  The lights are mostly white and the venue really does look like a basement!  Oh well, at least the lighting didn't go in and out. 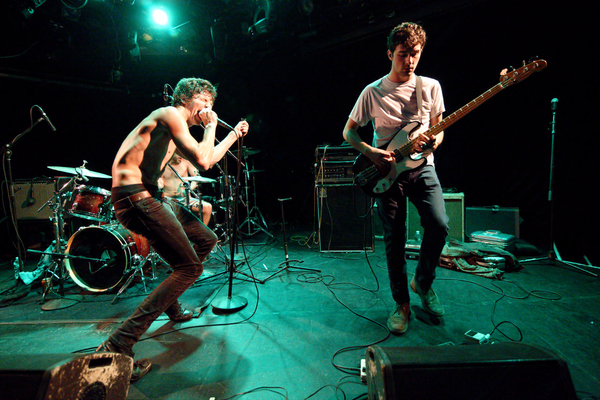