Everything tagged with "Pile" 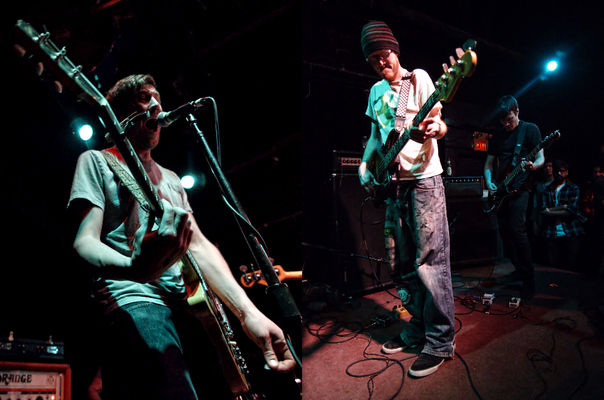 Some band pairings are really weird.  Pile played a very long set because Big Ups didn't, and the reason that happened is that they're totally different types of bands.  Pile is one of those heavy but artsy bands whose songs seem to be composed like classical music.  No pop-y verse-chorus-verse structures here.  Their songs on their albums aren't particular long, but live they seem to be playing longer pieces with distinct movements, like they're performing the soundtrack of a dramatic play.  Not really my sort of thing, but interesting.