Everything tagged with "King Tuff" 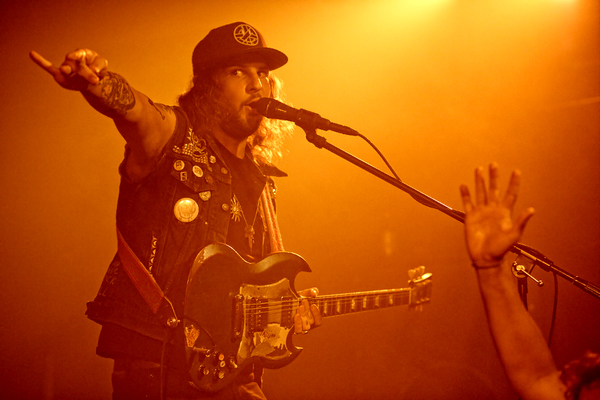 Although King Tuff is now on Sub Pop records he used to be on Burger Records. This fact probably would not shock anyone who is familiar with that label. Musically he reminds me of Burger-buddy Nobunny, particularly his singing style. They're both a bit on the high-pitched side and both have a delivery which comes across as not entirely serious. He sings about banging your head to the music but not in the same way those metal guys do. It's more of a tongue-in-cheek sort of thing. I'm not  saying that he isn't a serious rocker, but his music is usually about having fun. And boy, the crowd sure did have a blast as this show. 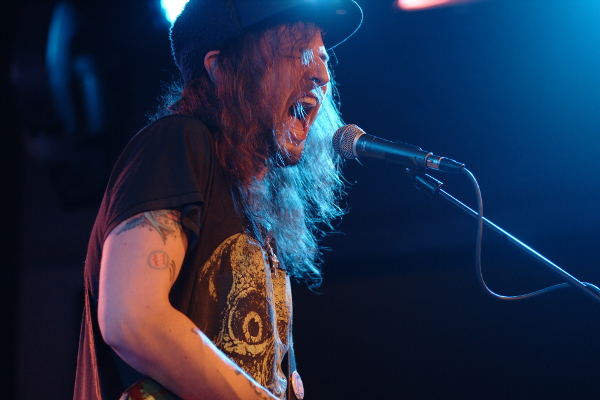 King Tuff at The Knitting Factory

I was not expecting a mosh pit at this particular show, but some of the audience was really drunk. To be more specific, two small women who were occasionally joined by their friends. It was actually kind of hilarious, and a good time was had by all.