Everything tagged with "Bowery Ballroom" 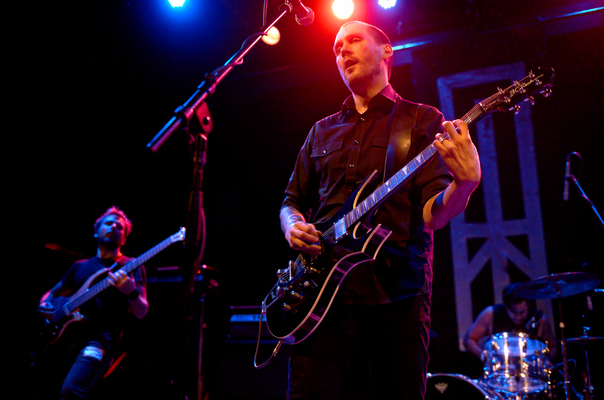 Describing the different sub-genres of Metal is not exactly my forte, but I guess for once I have to. Vaura are a sort of like a prog metal band slowed down a bit. The result is trippier and approaches the sound of shoegaze bands like MBV (which is how they got on this bill, presumably). Even without looking at the lead singer's guitar, though, you can still tell it's metal. Just listen to the super-heavy drumbeats, or the guitar-led parts which sound like a normal metal band (Megadeth came to mind a couple of times, which doubtless illustrates how little I know about metal). The point is that Vaura is metal first, but with hints of shoegaze. 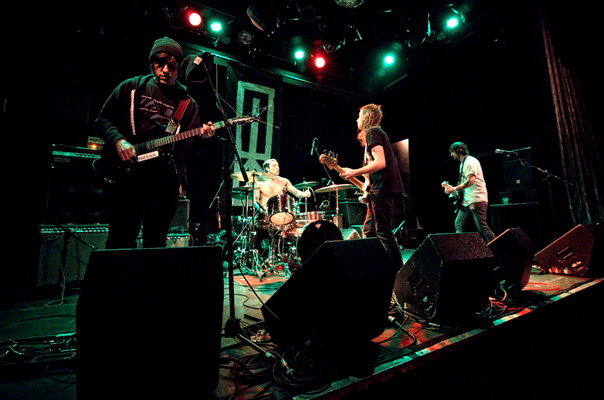 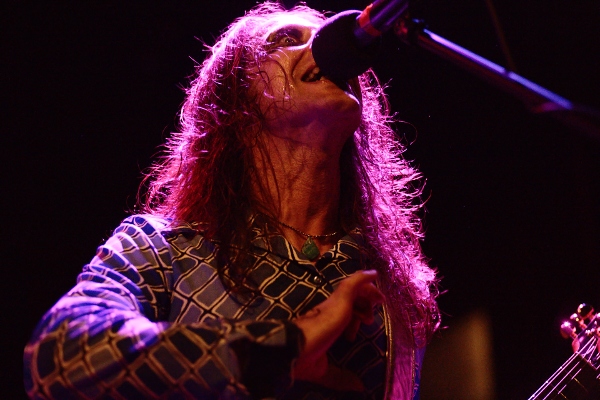 If you look at the pictures of this band and immediately think "Metal" then well... actually you're not ridiculously far off. White Hills may be part of the world of psych rock but they are the heaviest band there. It's like they're psych rockers from a planet which is more massive so all the music there is Super-heavy. Then after escaping from the Negative Zone they came to the Bowery Ballroom to blow us all away.

That is not to suggest that these guys are actual aliens or some kind of... threat to humanity (aside from its hearing). To the contrary, drummer Nick Name is also in The Black Hollies and I have it on a reliable source that the members of that band are all "perfectly normal humanoids". Now isn't that comforting?

So let's see, While Hills's music is played loud and hard and is filled with distorted power chords and crushing bass lines. On stage they wear leather and eyeliner and fling their long hair around. How is this not metal? The answer is that sometimes they go in a spacier direction. Something like noodling or chanting over a guitar loop. It's all pretty intense, but occasionally they dial it down from stunningly intense to something more like hypnotically intense.

These guys are pretty awesome and I do recommend checking them out. Just be sure to bring good earplugs to weaken their powerful volume (earplugs are like kryptonite to loud noise). 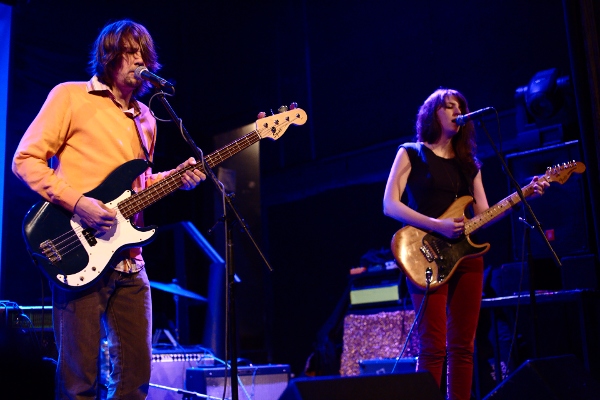 It is about time I saw this band. About five years ago I helped out with a local music site called NYCSeen. One of its more positive reviews was of a local band called The Woods. Unfortunately another local band formed at the same time using the same name. These guys politely changed their name to The Frams, then almost immediately changed it again to Prince Rupert's Drops. Maybe there was another band called The Frams. Picking band names is hard.

As I recall they used to be a trio too. Now there are five of 'em.

So anyway after years of changes Prince Rupert's Drops have developed into a band whose songs change. Most of their songs start out cloyingly mellow or even folky, then build into psychedelic grooves. Three band members take turns singing lead and they all sound quite different. One thing every song has in common is some seriously kick-ass guitar. Unlike the singing it is not the least bit trippy but urgent, questing, half-mad. Really, some brilliant work which lights up their catchy tunes with some serious energy. 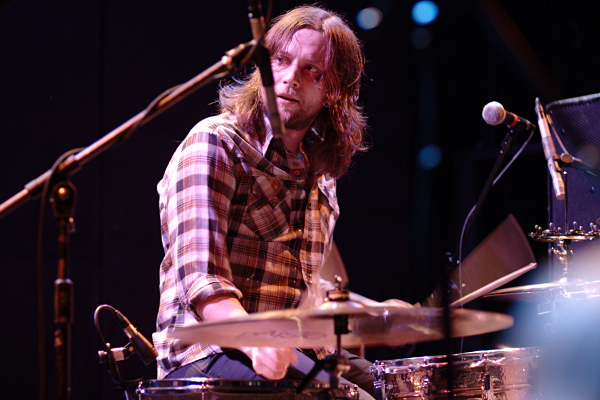 The Greenhornes at Bowery Ballroom

The last time I took photos of these guys their keyboard player got pissed at me (I think). I didn't get any good photos of him (or at all, arguably) so I left him out of the photoset I posted (on another website). Someone made a point of pointing out my omission in the comments on that website. Ahem. So anyway, here is a much better set of photos of these roots-y rockers, complete with keyboardist this time. 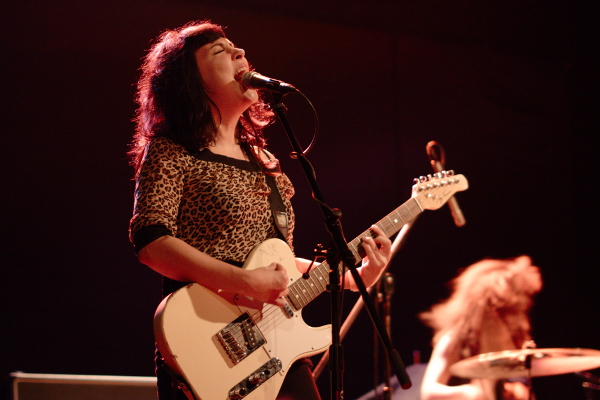 The Ettes at Bowery Ballroom

The Ettes have a rhythm-heavy style which would probably sound like it was coming from your neighbor's apartment at 2am if the vocals weren't so clear. I'm thinking they need to stick to venues with a good sound system. As much as I hate the lighting at the Bowery Ballroom, it would be hard to complain about the sound. No complaints about the booking either. 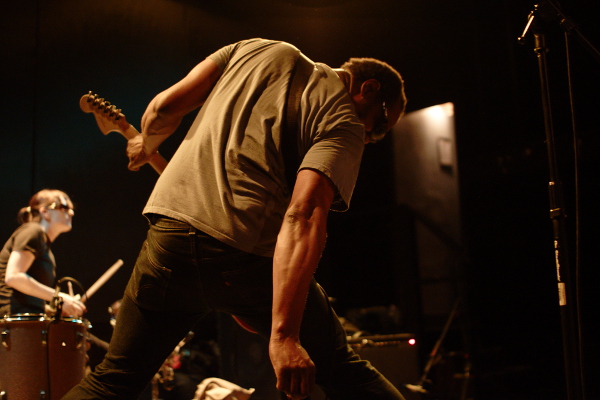 The Gories at The Bowery Ballroom

This particular photoset of The Gories has a lot of Mick in it. My apologies to the rest of the band but I got shoved towards stage left by a vicious mosher early on. Between that and the fact that Mick is a giant, the rest of the band was a bit hard to shoot, especially Dan. My apologies. I would have loved to have captured Dan's harmonica playing or the moment when he jumped off that amp.