Everything tagged with "South Street Seaport" 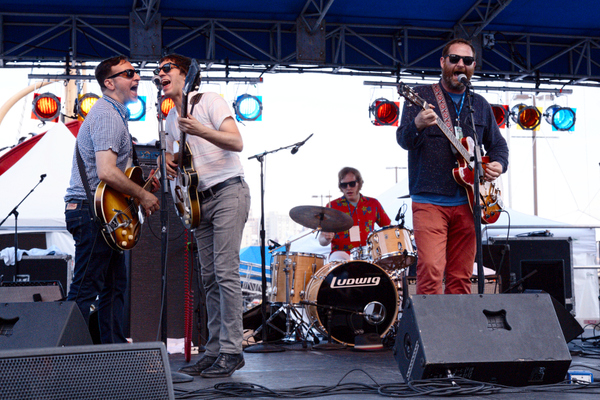 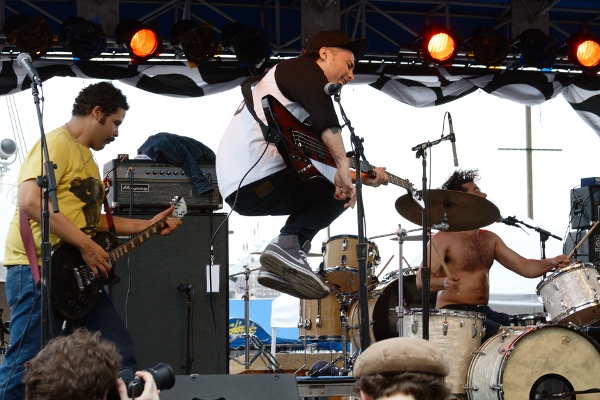 I still don't like shooting into the Sun, but some of these photos of Davila 666 were actually decent despite the lighting. Oh, and as for whether Davila 666 or Titus Andronicus was better that day... well personally I give Titus the nod, but Davila really impressed a bunch of folks who had never seen them before. An excellent rockin' performance. 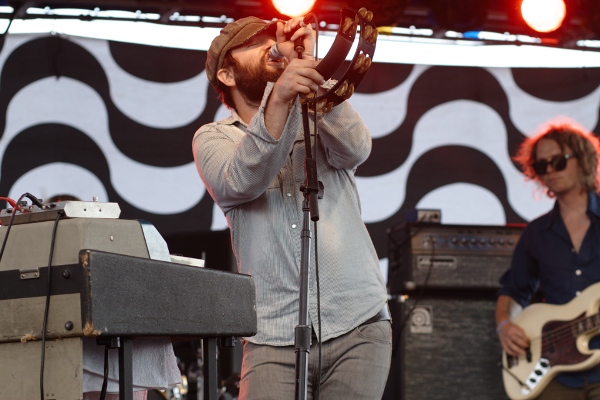 Taking photos from the crowd at the South Street Seaport is no fun. I couldn't move at all and missed some important shots. Example: this band has a drummer. Now just being in the crowd and enjoying the music is kind of nice except for all the pushing and pummeling. Fortunately The Black Angels' heavy, slow and intense style focused the crowd on the music. Okay, there was a small mosh pit (which made no sense) but at least it stayed small.