Everything tagged with "Buzzcocks" 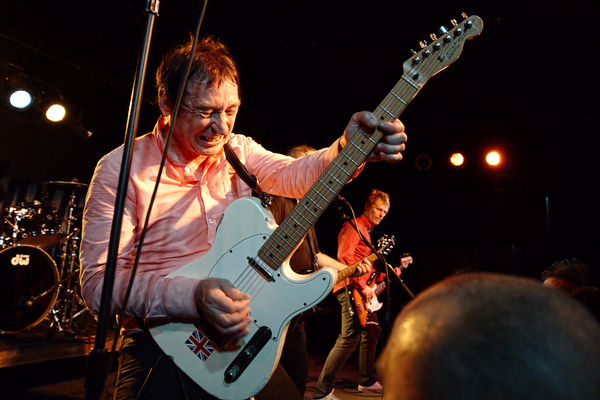 Still inspiring mosh pits I see.  The Buzzcocks sound pretty much the same as they always did: mostly punk though with a bit of a power pop side.  I hate to call them "pop punk" though.  They aren't.  They were always just a bit odd, a little more catchy than most of their contemporaries.  Perhaps this is why they had a series of minor hits in Britian, notably the top-20 singles "Ever Fallen in Love" and "Promises".  So they were the well-known punk band which was a bit catchier than most.  In some ways they were the inspiration for modern "pop punk", but they themselves are definitely just punk.

I was on Steve Diggle's side of the stage the whole time and apparently that was the right place to be.  Everyone in the band played hard and Pete Shelly has some serious pipes, but the showman of the band is definitely Diggle.  So I guess I got lucky.