Everything tagged with "Cake Shop" 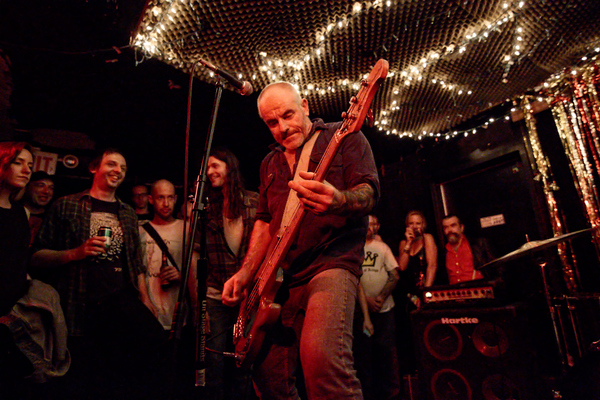 Do I need to comment on a bunch of farmers from Australia who have been playing punk rock for thirty years and are touring the world?  Sounds like the plot of the 70's childrens cartoon they were too scared to make, but in fact they are complete badasses. Speaking of which I decided not to post the photos of them mooning the audience. Yes, I am merciful. 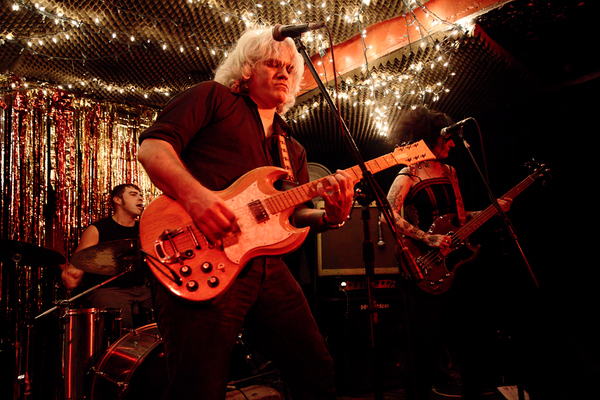 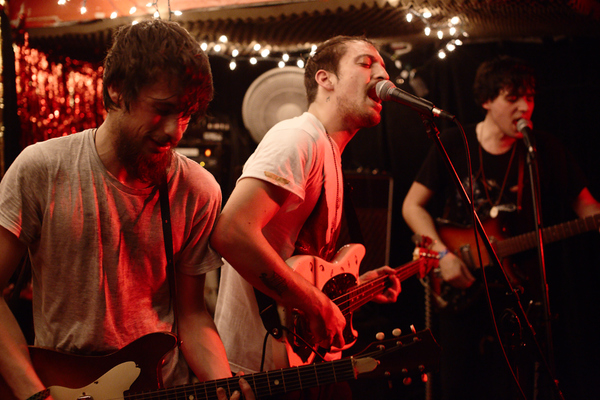 Sometimes you can tell when a band is still hung over from last night. Acid Baby Jesus played the Bell House on Friday and some of them clearly hadn't recovered by Saturday. This was a sloppy, sloppy show which partly redeemed itself by getting pretty weird towards the end.

Acid Baby Jesus are one of those lo-fi γκαρ?ζ ροκ bands. Yep, they're from Greece (look for the setlist in the photos - it's in Greek) and I don't think it's too much of a stretch to call them the Greek Black Lips. They have a raw but compelling musical style which sounds a lot like the early Black Lips, crazy on-stage antics, and even a singer/bassist who looks like Jared Swilley. Even if this particular show didn't sound so great their recordings are really good.

One thing they don't seem to have yet is the reputation, at least here in the US, for wild live shows. One guy from the audience was going nuts in front of the stage during their set but that's it. Until the whole audience knows that it's okay to get nuts most of them won't do it. Of course it takes time to build up that reputation. So do me a favor: listen to their record, enjoy these photos of a band burying their bassist under a pile of mic and cymbal stands, and think about how cool this will be once everyone in the audience agrees to go temporarily insane together. 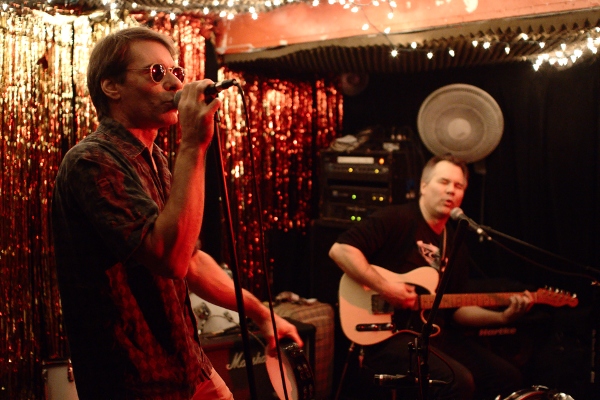 See, The Lost Crusaders were at one point an eight-piece band. More if you count numerous "special guests". Their music had elements of gospel, blues, a bit of jazz, and rock-n-roll (as one might expect from long-time rock-n-rollers like these guys) but the orchestration was like a gospel group. They had an organ, several backing singers who occasionally stepped up to sing lead, and lots of tambourine. That line-up lasted for a couple of years and put out a great album. I guess it was just too unwieldy to last.

The new lineup plays the same songs plus a couple of new ones. Eight musicians to two, how does that work? Well first of all they sound less like a gospel group and more like a rock-n-roll band, though of course of a stripped-down sort. The single kick drum is reminiscent of one-man-bands like Mark Sultan, Bloodshot Bill and Bob Log III but with the guitar playing rhythm rather than lead most of the time. The result is foot-stompin', clap-along music. Their soulful lyrics about loss and salvation, catchy, upbeat rhythms and lots of tambourine (always lots of tambourine) embody a rather unique thing: a respectful interpretation of gospel music by a rock band. 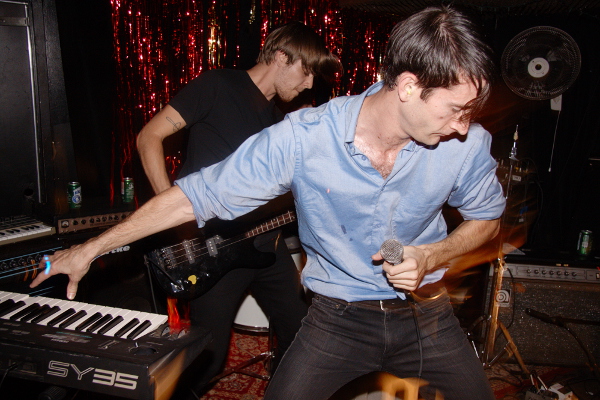 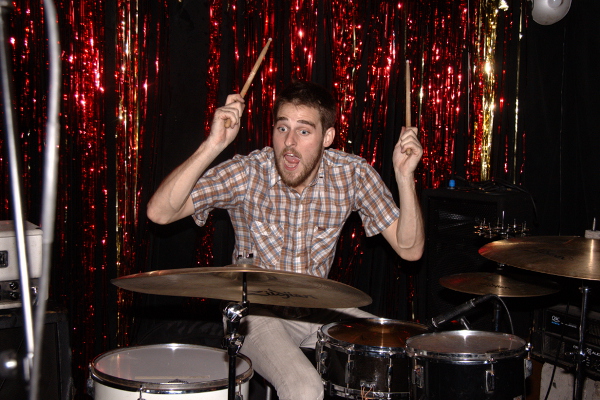 A Frames at Cake Shop

Once in a while you find a band which has one member whose energy on stage blows the rest of the band away. Try to guess which one. As for their music, some A Frames songs sound like 70s British punk. Others are more conceptual and remind me of John Cale in the Sabotage era if anything. 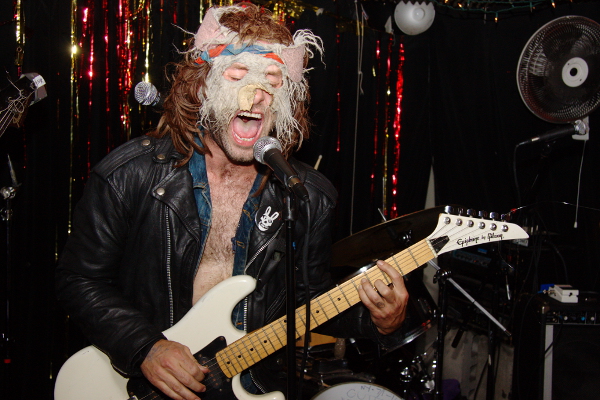 I hope these photos make it look like Nobunny's show at Cake Shop was awesome. Honestly, it wasn't. I don't know every single thing that went wrong, but three barely-working mics and several broken bottles on the floor (notice that Nobunny doesn't wear shoes) must have had something to do with it. Too bad, because I have seen plenty of good performances by Nobunny, including his last one at Cake Shop.