Everything tagged with "The Skins" 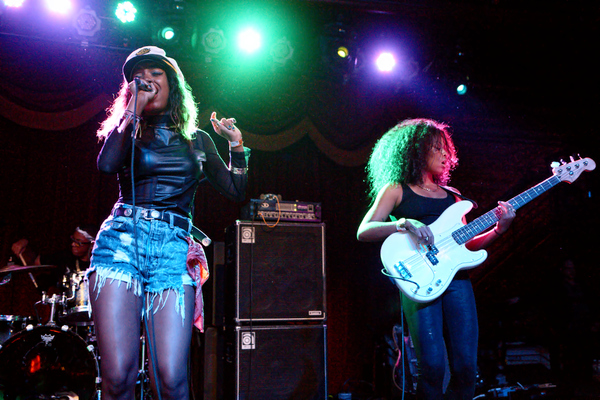 Someday people will stop introducing The Skins by pointing out how young they are buuuuut... not just yet. When the band formed they were all teenagers, and even now nobody in the band is over 21. So yeah, they're a young rock band, specifically hard rock with hints of funk and metal. But that's not such a rare thing as of late, is it? It seems to me that I keep hearing about really young rock bands. Wasn't there a 11-year old metal band in the news recently?

Instead, let's talk staying power. When I saw The Skins a year ago (at the Brooklyn Bowl in fact) they sounded good but were awkward on stage. Some of 'em just stood there and played. Since that time they have gone from opening to support spots with the occasional headlining gig. They toured Europe and the U.S. with The Heavy. They have spent another year on stage and it really shows. Now they know how to grab the audience's attention. Now they know how to show off during a solo. Plus they sound even tighter than before.

For some reason The Skins haven't released a full album. Getting your finances together is not one of the advantages of being young. But I get the feeling it'll happen right around the time they schedule their first solo tour. Most likely next Summer because, you know, classes and all that.