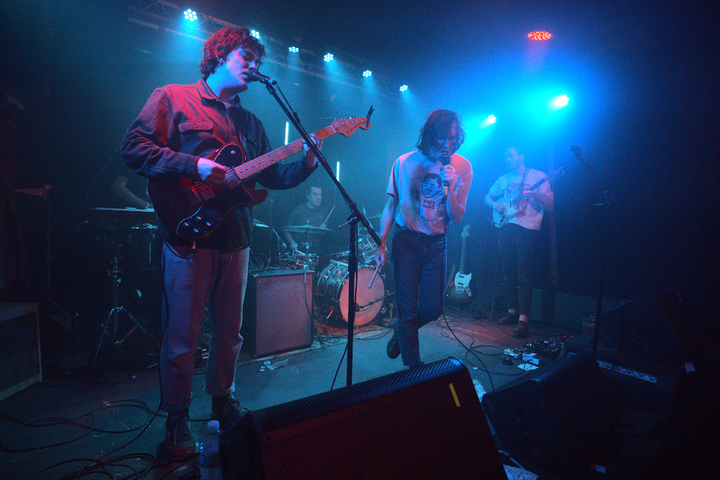 My first thought upon hearing Corridor was that they were a Dream Pop band. The vocals are smooth and subtle and set a chill sort of mood. That could just be the French though (they're from Montréal) 'cause on second thought the guitars are awfully jangly. Every now and then they end a song by rocking out too. I guess they're more like a rock band, but one with some psych and shoegaze influences. You can dance to it (as people did) but you won't feel out of place if you don't.

I've been to Milkboy several times but never took any photos there. This is the downtown Philly Milkboy, not the short-lived one in College Park. A few years ago I thought the sound was good but the lighting kind of sucked. Guess they upgraded or something because the lighting is excellent now.

The Everymen at Brooklyn Bowl

The Swingin' Neckbreakers at Brooklyn Bowl

The Piggies at Brooklyn Bowl

Ay Balazo at The Paper Box

Peelander-Z at The Knitting Factory

Metz at The Knitting Factory

The Immaculates at Brooklyn Bowl

The Dust Rays at Brooklyn Bowl

The Othermen at The NYC Vintage Motorcycle Show