Everything tagged with "Baby's All Right" 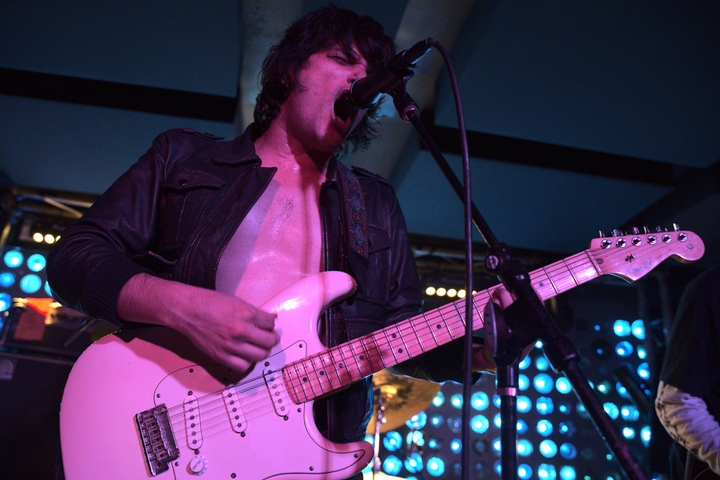 I was in NYC for family reasons last weekend. Once my family had left town I decided to check out a band I'd seen a few years back on NYE, and damn they are still amazing. Obviously I was inspired to take a photo or two. 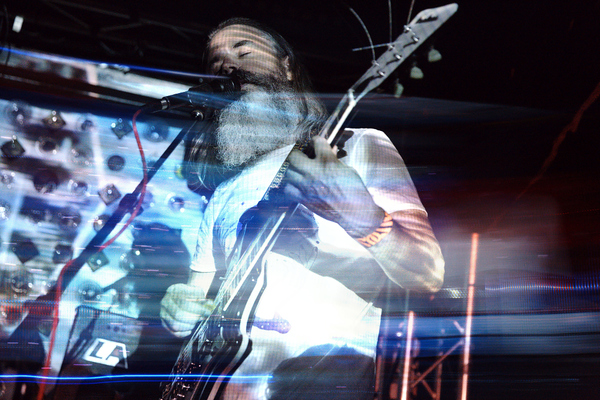 Moon Duo at Baby's All Right

I do not recall ever buying three albums by a (current) band before catching them live at least once until Moon Duo. I have KEXP to that for that. Unfortunately they don't play DC very often. So while I did have to travel all the way to NYC to see them play a 1:30am show I finally got to see the two of them perf... wait, Moon Duo is a trio now? Ah yes, one of the many reasons why naming bands is hard. But I guess that sort of thing happens. Did you know that the Beach "Boys" are all grandparents or dead at this point? True fact!

Maybe they should tour with Gang of Four so it balances out?

Anyway, Moon Duo sounded great. I'm not sure that it is a compliment to say that they sound just like their albums but, well, if that is what they were going for then they succeeded. I'm glad they didn't speed up their songs live like a lot of rock bands do. Their music may have the repetitiveness and soaring guitar solos of psych-rock but it's also anxious music, especially songs like this one. The looping keyboard rhythms give it a quality like EDM, if you can imagine EDM being translated back to normal rock instruments. And yes, there were some people dancing to it at the show. Definitely not stoner rock unless the stones in question happen to be crack.

Moon Duo brought their own projections which sure made taking pictures a lot easier. I was wondering if any of it would look familiar but nope, I don't think so. 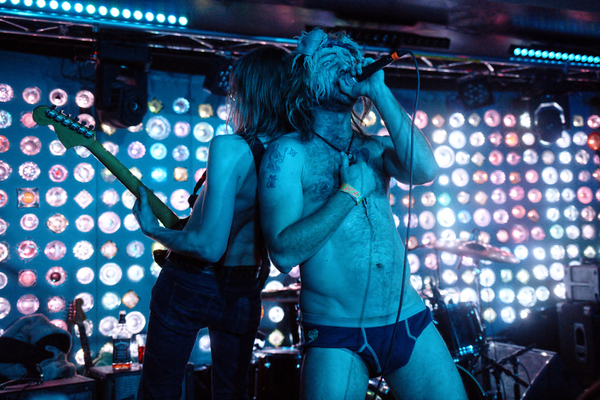 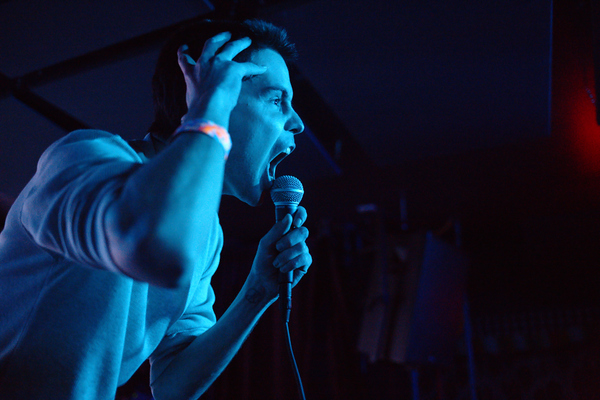